Home » Style » What to wear » Should you wear cropped trousers this season?

Should you wear cropped trousers this season? 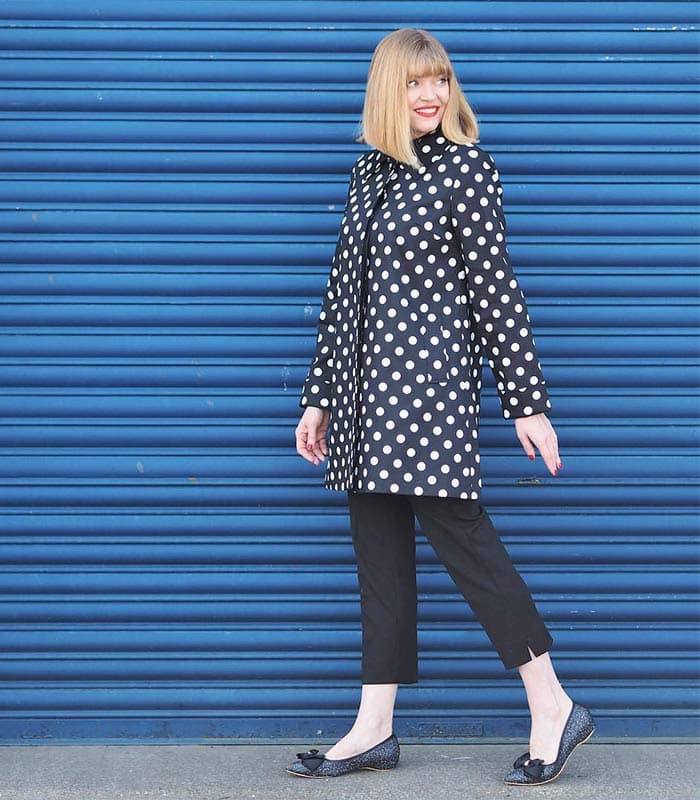 Cropped trousers are dominating the shops. They did so for winter and signs indicate that they will do so for summer. This has resulted in many of you wearing them even when, in my opinion, some of you should not. Of course this only holds true if figure flattery and creating a great silhouette are among your dressing priorities.

On one of my evenings out recently, I just saw too many examples of women looking less than fantastic because they were wearing capris. Women, who otherwise looked very well dressed and groomed, but whose overall silhouette was ruined (to my eye) by the cropped trousers.

Check all our tips on how to wear capris and cropped pants here.

Capris are not for everyone. As I outlined in my article on how to wear capris, they come with certain conditions on how to wear them. I even believe that some women should forget about them altogether.

The feedback I received through social networks on the looks I’m sporting in the article mentioned above, reinforces that opinion. The general feedback on all of the looks shown, was that full length trousers looked best. The only exception being my beige long pants, but that was only because the women did not like the wide on wide look (which I agree is generally not a a smart thing to do).

That result came despite the fact that I have a few factors in my favour when it comes to wearing capris:

Despite that, most people still favour the full-length trousers look.

If figure flattery and silhouette is a priority for you in your dressing (as it is for me), you need to be really careful with capris when you have short legs or have a pear or apple shape. In most cases you will need to wear heels and pay a lot of attention to the tops you combine them with.

Yes, it will be a lot tougher to find good full length trousers in the shops as there will be fewer of them. But it’s worth making the effort. Full length trousers will always be current and will often give you the nicest silhouette. Certainly when you opt for straight or bootleg legs.

An alternative is to choose the longer cropped trousers or 7/8 trousers, which are getting very popular. They work best if they are very tapered and can look very chic and hip. 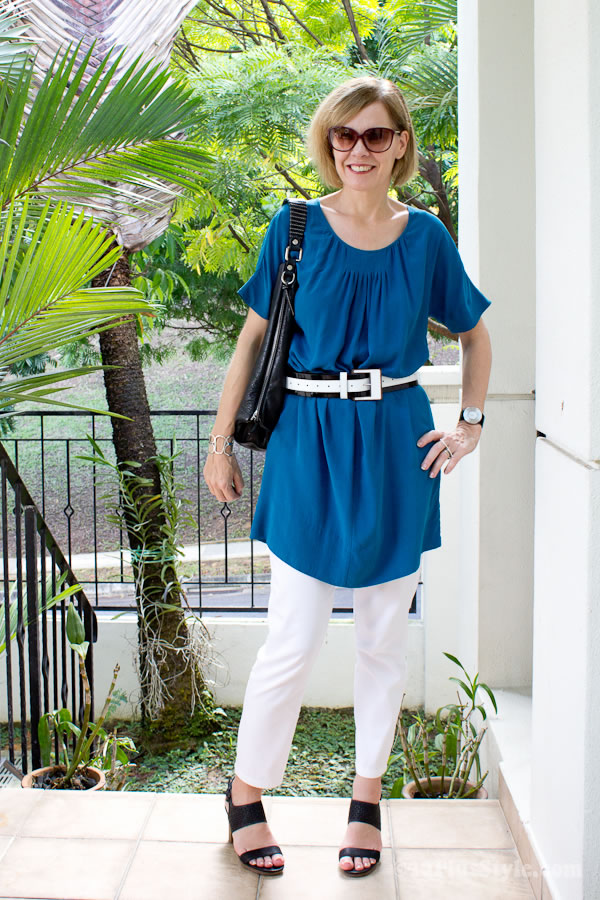 As you can see above, I still wear cropped trousers and may very well succumb to some 7/8 trousers this season as I do like the looks from the top picture.

But I also believe that full length trousers look best on me. That is why I have full length white straight leg trousers on my wish list.

Since I do not have full length skinnies in white, I opted for these white capris instead. I’ts an o.k. look, but I doubt I will wear it again, since looking back on it, I don’t love it. Perhaps I should add some white full-length skinnies to my wish list as well!

What do you think about cropped trousers? Do you agree with me or do you just prefer the hipness and comfort of capris and don’t care about the silhouette or shortening effect?