Home » Find your style » How to dress like your icon » Fashion books galore, featuring Grace – A memoir 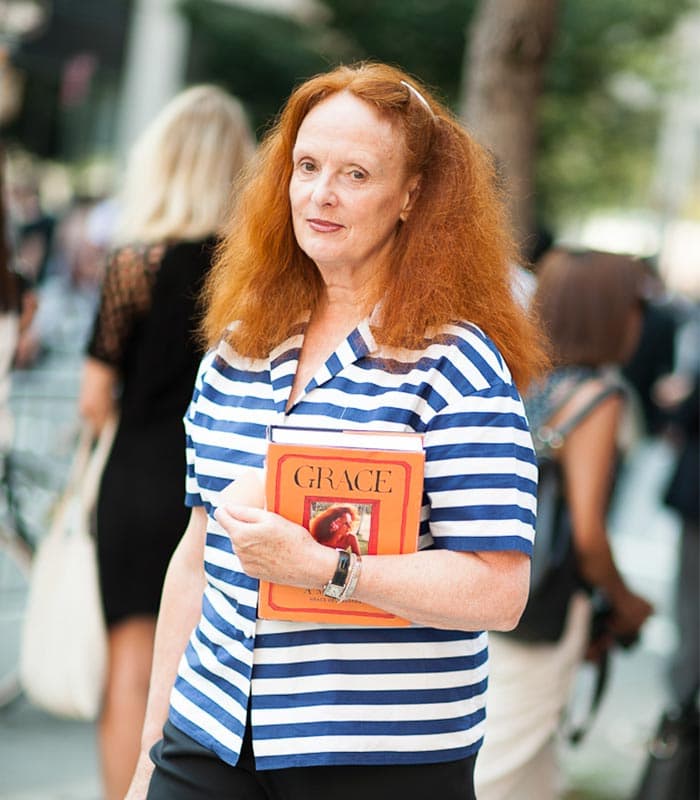 A clear sign that I’m loving what I do is the fact that I keep reading books on fashion even in my free time. On my recent holidays I read D.V., Diana Vreeland’s personal memoir about her life. A very quirky book that reads like Diana is just having a conversation with you. You are taken into a glamorous world full of fashion, travel and incredible personalities, and you may even start fantasising of what it would have been like to lead her life.

Another book I couldn’t put down was The House of Gucci. A fascinating story of how Guccio Gucci built up the Gucci brand and how his son then turned it into a global luxury brand. With the subsequent complete loss of the business to the family and the murder of Maurizio Gucci, It reads like a thriller and a speed course on how to do business. Loved it!

The book I will be reviewing today though is Grace, a memoir, the autobiography of Vogue’s Creative Director Grace Coddington, who was made famous by the amazing film The September issue. Like so many, I was fascinated with this feisty now 72 year old woman who had to do daily battle with Vogue’s editor in chief Anna Wintour. I picked up the book as soon as it was out.

It does not disappoint. She comes across as genuine, funny and brilliant as she does in the film and her stories of her life and how she got to be the Creative Director of Vogue are fascinating. Here is a woman that has worked with many of the most famous fashion photographers in the world and produced many memorable spreads that still inspire many today. Yet, she remains very true to herself and comes across as very likeable and down to earth.

She started of as a model for Vogue where she worked with photographers like Steven Meisel and Bruce Weber. She became friends with Vidal Sassoon who was responsible for some of her famous haircuts like the Five Point Cut and Pixie. 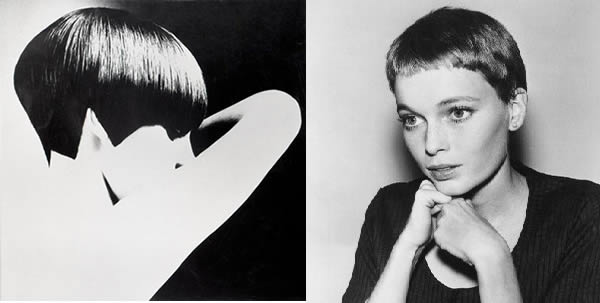 After her modelling career had ended she was offered a job as a junior fashion editor at British Vogue where she started in 1968. In the book she describes a lot of photo shoots and how things are done in those days. The tight budgets, working with different (sometimes difficult) photographers and models. But also the fashion in the 60, 70 and 80s and the rise of famous designers like Yves Saint Laurent and Karl Lagerfield. Editors like her develop very personal relationships with many designers and it’s great to get an insight into the inner workings of the fashion industry and Vogue.

She first began working with Anna Wintour in 1985 when Anna became the editor of British Vogue, although she left 9 months later when she started a short stint as a fashion director at Calvin Klein. That didn’t last too long though and when Anna Wintour became Vogue’s editor in chief in 1987, Grace got the job as her fashion director. They have worked closely together at Vogue ever since. 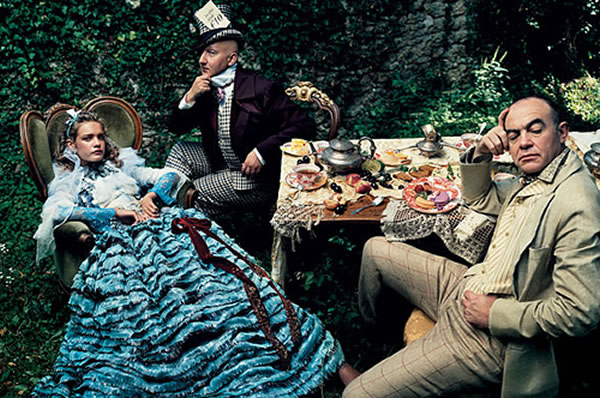 One of the many famous photographs under Grace’s art direction. This is the Alice in Wonderland spread, featuring many designers and photographed by Annie Leibovitz.

Now she is 72 and I like what she had to say about aging: “It’s fine to have bags under the eyes and a few lines on your face. it’s who you are. Nor am I terriefied of looking older. Besides, seventy isn’t seventy anymore; they say it’s the new fifty’.

The film The September Issue made her famous, which almost didn’t happen because she initially did not want to be filmed or interviewed, being very private and not very keen on all the celebrity hoopla. In the end she succumbed to the wishes of Anna and became the star of the film. If you haven’t seen it already then The September Issue is a must see!

If you like to read more about what’s it’s like to do this kind of work for the biggest fashion magazine in the world, then Grace is a great read. It’s illustrated with funny drawings and of course there are plenty of photos to admire both from her days as a model as well as the fashion shoots she describes in the book. I very much enjoyed it!

Do you like fashion biographies and if yes, what is your favorite? 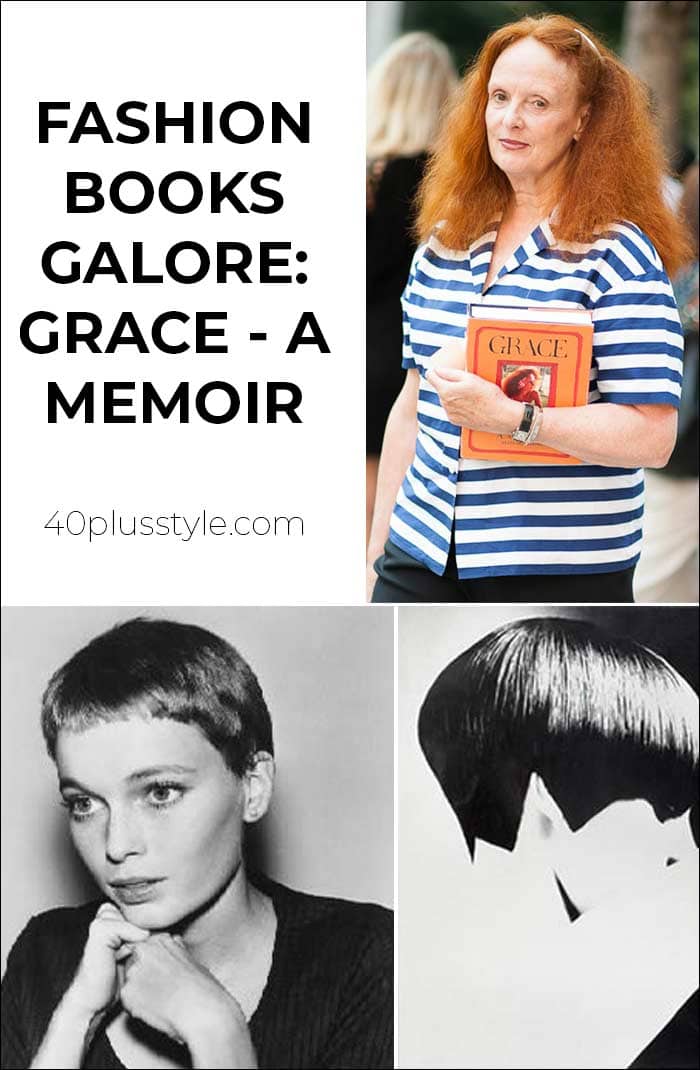