As mentioned in my Kota Kinabalu travel report, we also travelled to Brunei for one day. We thought it would be an interesting experience to see this small state for a day, and add another country to our list. It was only a 20 min flight so it would be a small effort (or so we thought).

Our way there was smooth enough (although we did get extremely annoyed by the long waiting time at Malaysian customs, causing us to miss breakfast). Thinking we were going to travel in a small airplane it actually proved to be a large jetplane, completely full with tourists.

Upon arrival we travelled to Brunei’s centre, which was surprisingly quiet and good cafes restaurants were  impossible to find so we ended up at a Cofeebean instead, finally enjoying a hearty sandwich.

One of Brunei’s top tourist destinations is the water village. You can ride through it with a hired boat and also visit the nature reserve behind it. 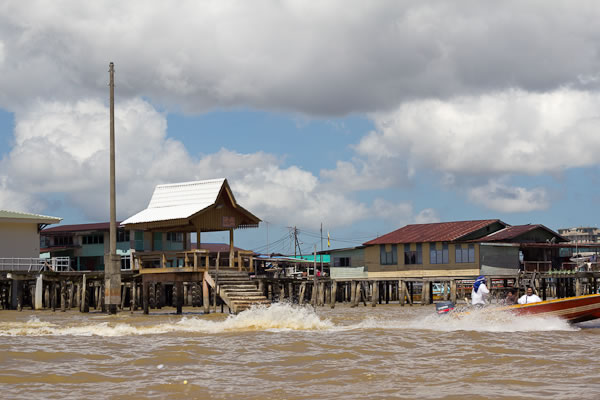 The petrol station for boats is right on the water. 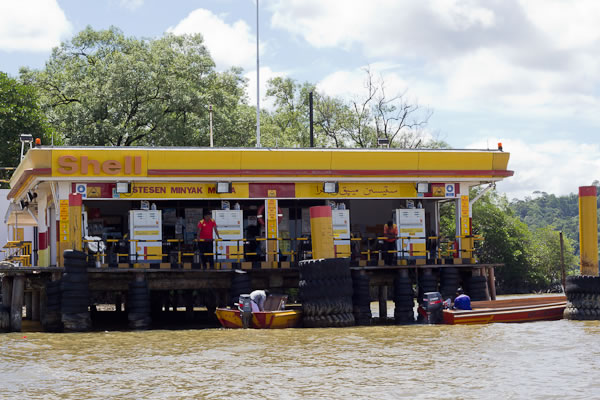 Plenty of mosques to be seen everywhere. 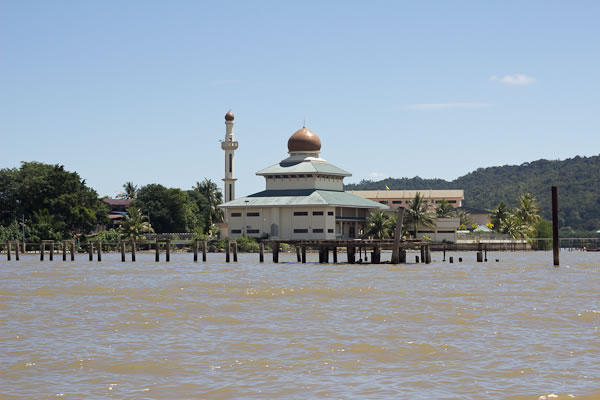 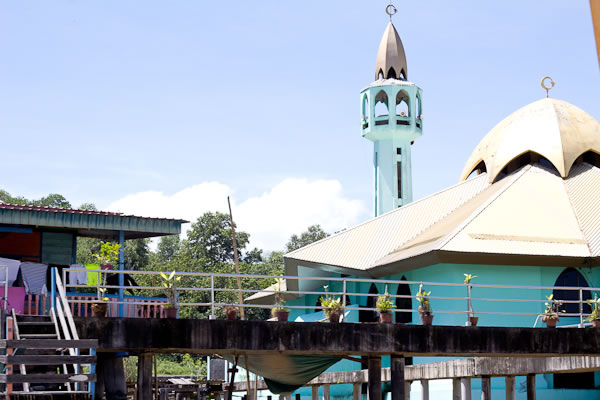 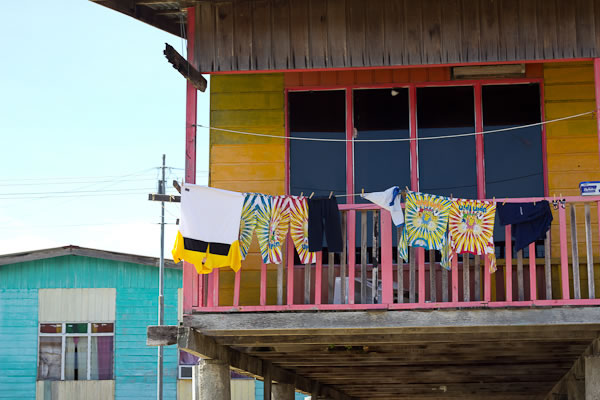 This was my most dressy outfit of the entire holiday. 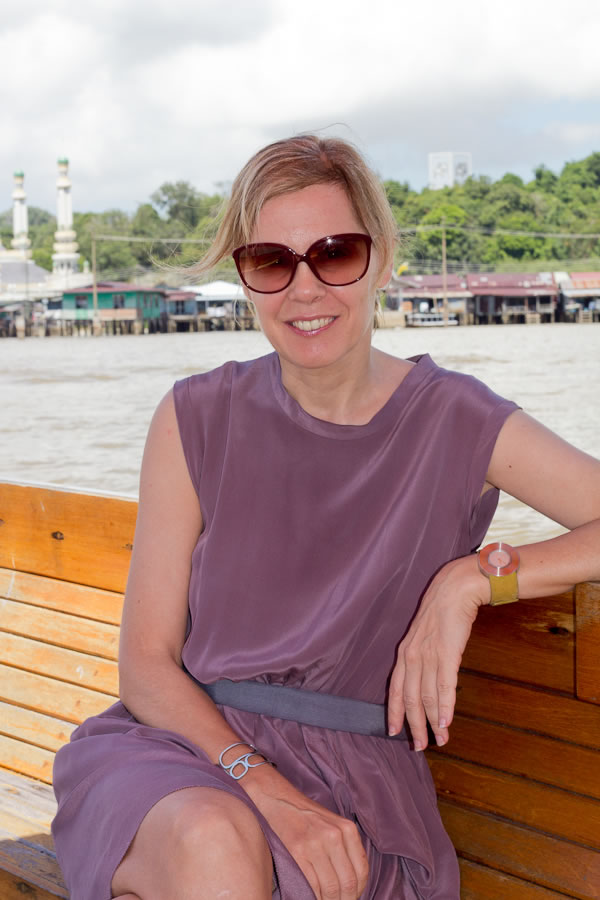 A little further on was the nature reserve where we spotted some crocodiles. No pictures of that I’m afraid as I did not bring my zoom lens on this occasion. 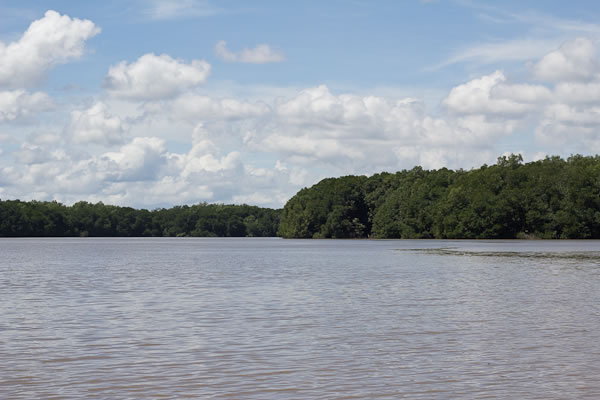 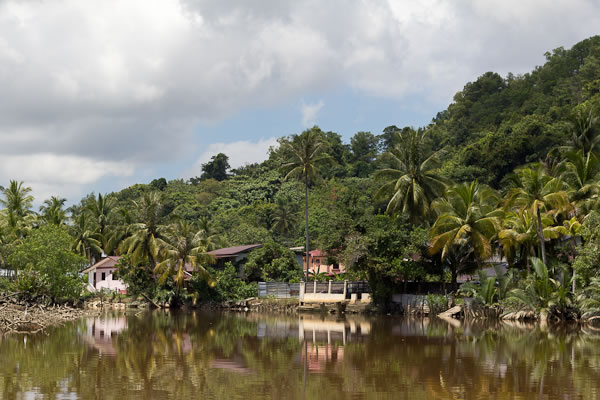 There were a few proboscis monkeys. 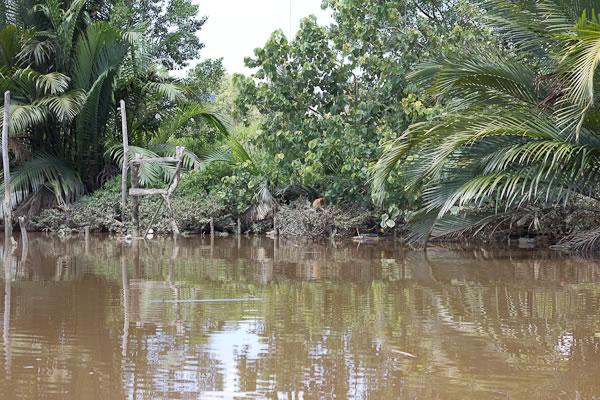 Plenty of lizards too.

Later on we also visited a local market, where they sold lots of dried fish. 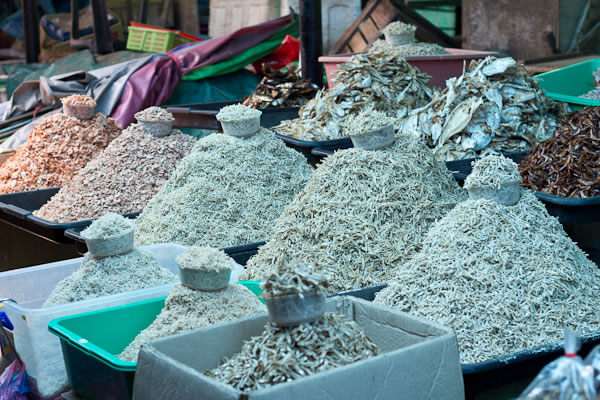 We also visited the Royal Brunei museum but no pictures were allowed. Frankly, this museum was a bit of a disappointment.

Looking back on this day in Brunei it was still a good experience though. The people were incredibly friendly everywhere and we thoroughly enjoyed our boat trip. However, the country itself (what we saw of it) is a tad boring. There really was not much to do or to see there and the streets were quite empty. That in itself was an experience though and we were glad to make the trip. Of course we could not travel very far from the airport, so it may very well be possible that we did not see the best of Brunei.

Unfortunately, our way back to Kota Kinabalu wasn’t quite so good. Our plane left very late due to a technical problem, which they claimed was fixed when we set off. When we were in the air for only 10 minutes though, we were advised that there was an ‘electrical’ problem and we had to turn back. My husband suspected that there was quite a serious problem though, so it was all a bit scary. It took us 15 min to get back to Brunei (remember the total flight was only supposed to be 20 minutes!). After hours of waiting we finally flew back late in the evening.

In the end it became quite an eventful day and one we are not likely to forget.

Do you have any memorable travel experiences like this?